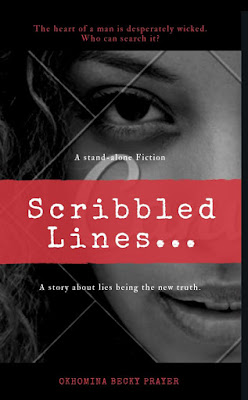 Adaobi sang as she walked the lonely path that led to the village market.
She hated these routes but had to use them to get to the village market like everyone else to prove that she was fine and had moved on from the past event. The paths were narrow and lonely especially at midday when most people were already at the market.
She noticed she was being followed. Her heart beat faster. Why did she chose to go out today of all days? She had wanted to surprise her father with his favorite meal when he returned from Ibusa, his late wife’s village.

He usually traveled there anytime he missed her or if he just wanted peace and quiet from his troubled home.
She walked faster. The trailer seemed to be closing up the distance between them so she quickened her pace. It turned out his strides were wider so she took to her heels instead, just a little more, a little more she whispered as she took the turn that led to the old church. She thought of running into the church but she knew that would not save her. The church was empty, it been that way for months and going into the old building would mean she was inviting the devil.
She ran as fast as her legs could carry her. “Help!” she screamed as she ran, “Help, help!” Everyone seemed oblivious to her cries. “Help! Someone is following me,” Those who finally looked her way stared and just shook their heads pitifully. Wait, couldn’t they see her pursuer? They did not believe her. Someone was after her but they didn’t believe her. She ran faster and on till she tripped over a stone and fell face flat. She tried to stand up as she her pursuer approached. His smirk and the rest of his features showed his disdain. “I caught you now didn’t I?” He said as he came closer. Two other men were with him. “Pastor G” She screamed and woke up.
*************
This is an excerpt from my new book Scribbled lines. Guys, i need you all to support me, go on Amazon or Okadabooks and buy a copy of my book.
on Amazon its going for $1.99 - use link- http://www.amazon.com/dp/B07L1Q5WNR
On okadabooks its N500 only. Just download the Okada app on iphone/android, create an account if you do not have any, refill your account, search for book using tittle- scribbled lines, buy and read!
You love me, do this for me. 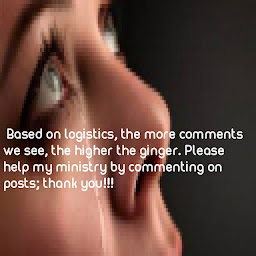